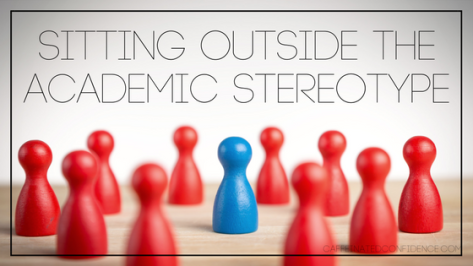 I’ve been thinking a lot about race lately–and labels in general. I guess this is partially due to recent US politics, but it’s moving more and more to the forefront of my mind the more years I’m in my PhD program. Because in the media, an academic (a scientist, a professor, what have you) simply doesn’t look like me. They don’t come from the background I came from. They don’t face the same struggles. And, to be honest, that’s pretty true in real life, too.

Ok, that may be a gross overgeneralization. But I feel I kind of won the label jackpot sometimes. I’m Hispanic, a woman, the first of her family to get a college degree (much less a graduate degree). I’m from a lower socioeconomic background, a single parent household…I’m a child of immigrants. And that’s just the cliff notes version. I can think of a few more labels I’m not comfortable sharing. But, regardless, if you combine all the statistics related to everything that makes me–well, me–the odds were against me waaaay before I even decided to pursue a higher education. And I can confirm. Getting here was one hell of a struggle.

I’m reminded of that struggle every day. Because academia is dominated by cis white men. Sure, the university can claim they’re super diverse or trying hard to promote diversity. But on a day-to-day basis, they’re really not. Just walk around campus for a bit. The percentage of people who look like me is tiny. In the private school I go to, the people who come from similar backgrounds is likely much tinier. It just feels that if you’re not white, you’re not a man, and you’re not already from the seemingly insular world of academia, you’re pretty much an outsider. You’ve become the only person in the group that’s left out of an inside joke.

Academia in an of itself is already very isolating. That increases 10 fold the less you fit into the academic stereotypes. And even if you’re lucky enough to have not experienced and outright racism or sexism or any other isms, there’s this pressure to succeed. Not just for yourself. But because you represent all those labels you hold. It feels like the judgement your colleagues pass onto you isn’t just what they think of you. It’s what they think of people like you. And I personally also think of all the kids who will enter academia and feel just like I’m feeling now. And suddenly I feel obligated to set an example, because this is a terrifying feeling that doesn’t really go away. And definitely I don’t blame the people who decided it wasn’t worth it.

One thought on “Sitting Outside the Academic Stereotype”